Rock Chip Repair On Other Types Of Glass

Most people have now heard of rock chip repair. The service is just like it sounds: repairing a small amount of damage on the windshield caused by a rock that was kicked up by a vehicle in front of you. However, I have had this question asked of me a lot lately: "What kind of glass besides the front windshield can you do the rock chip repair service on?" Not sure of the reason but I figure now is as good as any to answer it.

To be capable of being repaired, the glass MUST be laminated. Absolutely. Without question. You may be asking to yourself: "What the heck is laminated glass anyway?" Well, good 'ole Wikipedia defines laminated glass as "a type of safety glass that holds together when shattered. In the event of breaking, it is held in place by an interlayer, typically of polyvinyl butyral (PVB), ethylene-vinyl acetate (EVA), or Thermoplastic Polyurethane (TPU), between its two or more layers of glass". 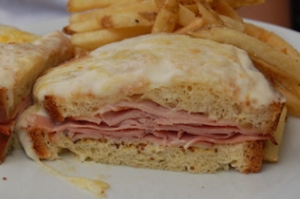 Enough of the geek speak. Think of it like a sandwich. There are 2 layers of glass (the bread) with a piece of plastic laminate (the meat) in the middle. In the case of a typical rock chip repair, only the outer layer of the glass is damaged. Due to the manufacturing process, the assembled glass (laminated) is considerably stronger and more durable than just a single layer of glass. And it is because of this assembly that the windshield repair process is made possible. Why? When injecting the specially formulated resin into the damaged area, it can only go as far as the cracks go until that area is full. If this were attempted on just a single layer of glass, the resin would seep out the opposite surface of the glass when pressure is applied.

Yes, the rock chip repair service, and even longer cracks, can be performed on boat (ship, vessel, yacht, etc.) glass. As long as it's laminated. And, oddly enough, we have been called out to perform the windshield repair service a few times in the local marina. After speaking with several boat owners, doing the repair vs. replacement is preferred, mainly due to the large difference in price. The other issue is finding replacement parts. Most auto glass companies here in southern CA are not set up to replace boat glass due to the NAGS database utilized by them excludes boat parts. Plus, getting the boat and the replacement technicians’ vehicle close enough to one another is a logistical nightmare.

This doesn't affect the well-organized rock chip repair professional. All tools and materials needed for the service can easily be transported from the tech’s vehicle to the boat in just 1 trip. So, for all you boat owners out there dreading the idea of replacing one of your boat windows, look into the rock chip repair service offered by most glass companies. Even better, seek out a company that specializes in rock chip repair and can travel to the local marinas. A company like ours. Get in touch with us by phone, text or email right away.

Inquiry is free. Waiting too long is costly.