The windshield repair technique is not exactly brand new, but has not always been an option for the vehicle owner. Before its invention, one had to either live with the damage or replace the laminated glass even when the damage was really small. In either case, it’s bad for the car’s owner. With today’s resins and injectors being compact in size, completing a quality rock chip repair at the vehicles location (your home or workplace) is a snap. Combining the mobile service with the quality of material and tools now available make the decision to repair your stone damaged windshield pretty much a no-brainer.

The rock chip specialists at First Choice will travel to where your vehicle is located, up to a point. If you ask us about going to Big Bear Lake, you will be humorously informed that area is just a tad further than we like to travel. But if you happen to live or work in the triangular area formed by San Clemente, Tustin and Newport Beach (Laguna Hills is), we’ll be able help with your damaged windshield, often on the same day.

Recently, First Choice Windshield Repair achieved a milestone of being open 10 years.  While this is obviously means more to us than you, it is important when you are deciding with which company to do business with. With the internet putting everyone on a level playing field, anyone could do just a minor amount of digging and find that our domain was purchased back in 2008. A companies time in business, coupled with what past customers say about them on the internet (reviews) are probably the most important parts of deciding where to have your windshield repaired. Can’t forget about the price of the service either. A strong combination of these 3 factors almost always provides the best option for the customer. We’re not perfect, but we’re darn good.

Laguna Hills is a city in Orange County, California, USA. Its name refers to its proximity to Laguna Canyon as well as the much older Laguna Beach. Various other more recent cities nearby – Laguna Niguel as well as Laguna Woods – are in a similar way named.

Laguna Hills is developed on among the significant land gives created throughout the rancho period. Adhering to Mexico’s freedom from Spain in 1821, those who had actually offered in the federal government or who had friends in authority, were provided substantial lands for cattle grazing. Rancho Lomas de Santiago, Rancho San Joaquin, and Rancho Niguel covered a lot of the western part of the Saddleback Valley. Don Juan Avila was given the 13,000-acre Rancho Niguel on which Laguna Hills lies.

In 1894, Lewis Moulton purchased Rancho Niguel from Avila and also boosted the original grant to 22,000 acres (89 km2). Moulton and his partner, Jean Piedra Daguerre, made use of the ranch to raise lamb as well as livestock. The Moulton Cattle ranch was ultimately partitioned in the early 1960s, and component of the division became today’s Laguna Hills.

Consolidation efforts began in 1987 and also on March 5, 1991, 86% of the citizens elected in favor of creating the City of Laguna Hills. On December 20, 1991, Laguna Hills formally ended up being a City. Succeeding annexations have consisted of the North Laguna Hills (1996) and also the “Westside Annexation” (2000) areas. The last included 149 acres of property land, consisting of the Aliso Viejo Neighborhood Organization’s Sheep Hills Park.

In 2004, Laguna Hills’ Municipal government was relocated to an existing office complex at 24035 El Toro Road, which was Purchased and restored by the city. The city also rents other commercial offices in the building, providing the city with a positive net income.


Back To Best Mobile Windshield Repair In Orange County 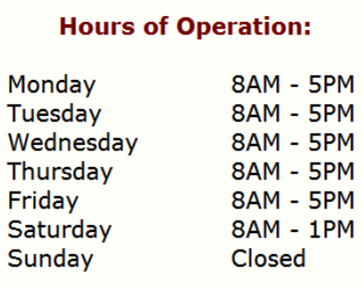